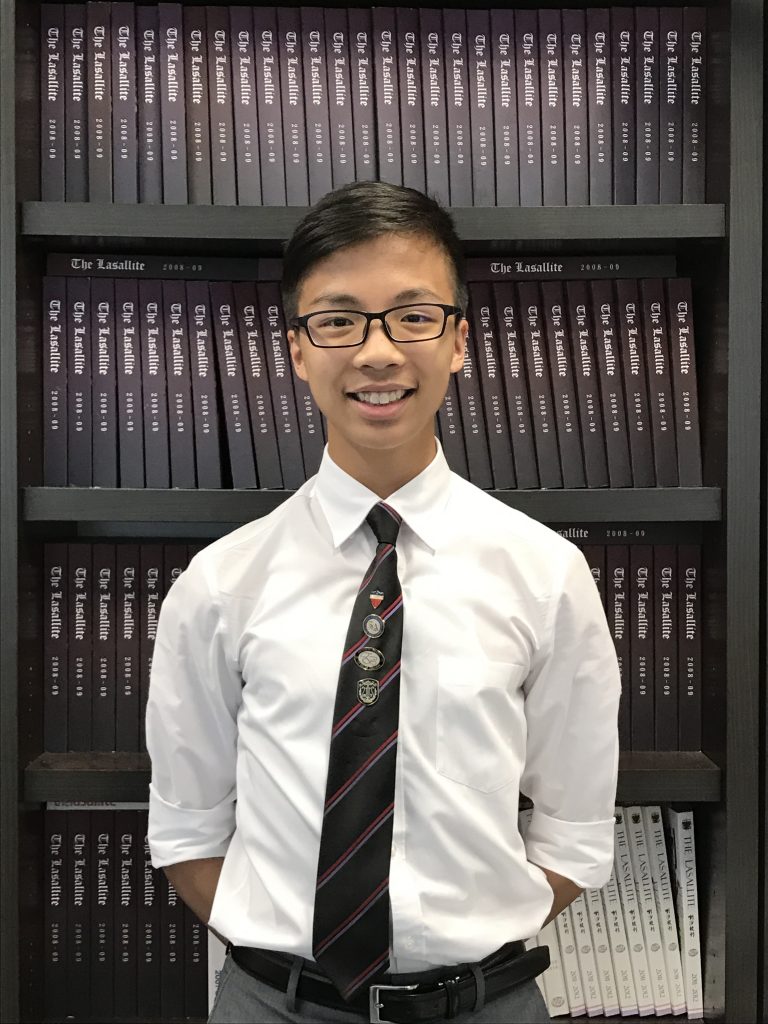 It is one of my greatest honours to study in La Salle College, a learning environment which encourages friendly competition, as many of my peers excel in various areas ranging from sports to academics. Being one of the youngest students of my year and not exceptionally academically talented, I had to work very hard initially to catch up with others’ progress. While many may see having to catch up as a burden, I have been converting such pressure into unlimited motivation to improve myself and to strike for excellence. In this journey of bettering oneself, I am also blessed to have walked along side my best friends.

Having embarked on the journey of leadership, I have encountered a number of hurdles. My perception of the word “team” is that “together, everyone achieves more”, suggesting that unifying the team for a common cause is the most fundamental step. As I step into my roles of team captain or department head, I have come across cases in which team members held grudges against each other or certain a team member is lagging behind. Instead of sitting with my arms crossed and turning a blind eye to such obvious problems, I stepped out of my comfort zone and worked towards uniting the members, catering to individual needs while keeping the main focus on the holistic development of the team. It was never an easy task to do so but with determination I succeeded in bringing the team to a new level of strength and unity.

Being an outstanding student is not only about pushing myself towards excellence, but also about utilizing my abilities to inspire others with my own story. Blessed to be nurtured in a school community of brotherhood, I have learnt much from my seniors, and am inspired to pass on what I have learnt to keep the Lasallian spirit flowing through generations. From a broader perspective, I aspire to influence others with my role as an outstanding student, to promote social cohesion and harmony, and to use my story to inspire others to contribute towards social development. John F. Kennedy famously said “ask not what your country can do for you, ask what you can do for your country”. Similarly, I firmly adhere to the belief that one should not only be thankful to what he or she has learnt or benefited from the community. Instead, one should strive to repaying society by offering a helping hand to those in need and inspiring those who have the potential to become the movers and shakers of the future. To pay it forward and to inspire is also the true meaning of one of my school’s principles – “Touching Hearts, Transforming Lives, Building a Better Future”.

Albert Einstein once said, “Strive not to be a success, but rather to be of value.” While some may set their goals on having only a successful prospect or a prosperous career, I would rather value contributing towards the common good and to helping others.