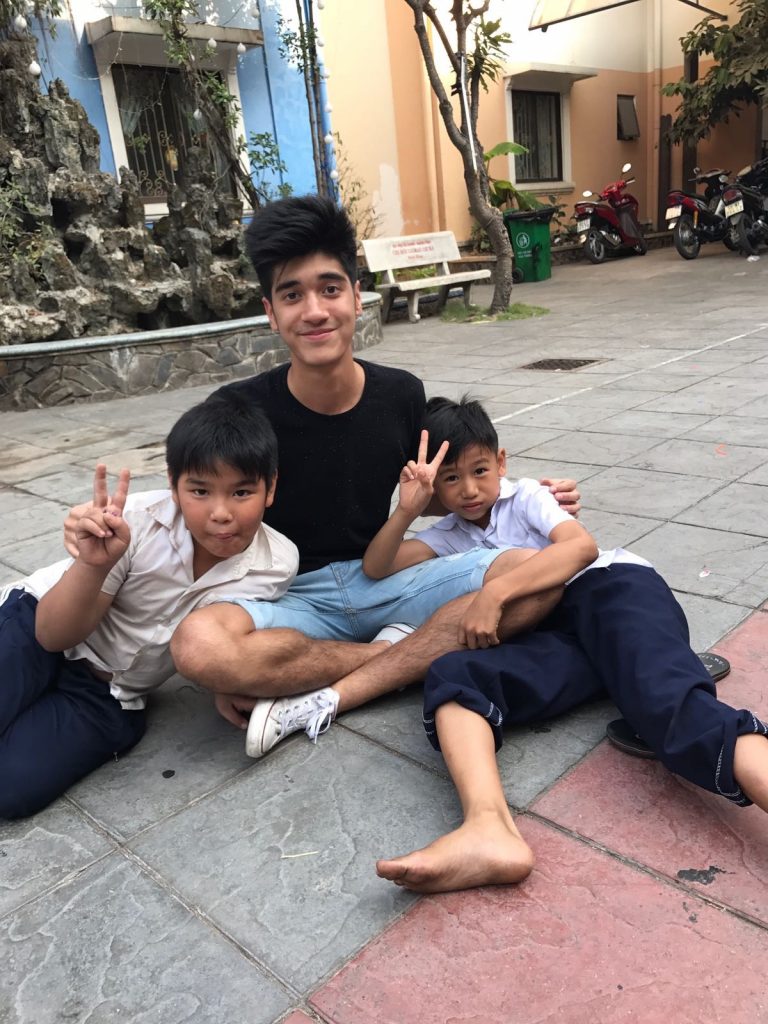 It is never easy, being half-Indian and half-Chinese, growing up in a Chinese environment. Even with the huge cultural diversity that Hong Kong boasts, since my early days in kindergarten I had been occasionally victims of jeers and teases. Nothing too serious really, but their attempted subtlety when avoiding physical contact could really get to me. It was quite some time I took until somewhere through primary that, with great pride, I turned this adversity into my advantage. Yes, in a multi-cultured city, how is it not? Under the nurture of my father, with his childhood experiences and previous lifestyle and cultures, he, with welcoming hands, brought me into the land of Western culture. To every aspect of life, I was granted the luxury of multiple perspectives, broadening my horizons towards the world through varied ideals. Chinese hits by the likes of Sam Hui sitting atop my shelf alongside 90s pop classics from Billy Joel, spring rolls for lunch and Masala Chicken for supper, it was an extra window that allowed me to look into life as it was. With this in mind, confidence regained its place in me and my radiance, the extras that I offered shrugged off their fear as they accepted me no less for the unique individual I am.

Due to my upbringing, being exposed to multitudes of forms of arts – though I did take up piano and saxophone and the latter turned out to be my true passion – watching all sorts of movies have me very intrigued at acting from a very young age. It was the way how movies of different genres reach deep into my heart, and the way I convey the similar magical feeling when I first acted on stage, that entranced me in the wonderland of drama. I auditioned actively for roles and the intense immersion I got on stage kept me going. After being casted as the main character in my primary school’s tenth anniversary graduation play, and once in an actual production led by stage veteran Lily Poon, my ambitious move to join the “Bravo! Youth Theatre Award Scheme” proved to be worth it, as I successfully got through the auditions. Despite its fruitful lessons and rare theatre opportunities, and the wonderful career path it could have set for me, after just a few months of training I was forced to bow out of the scheme, after constant struggling as I was unable to strike a balance between the theatre and my studies, as well as personal health. Nevertheless, my passion for the stage did not end there, as I continued to audition and play in many performances, such as the major production of my school’s tenth anniversary musical. I hope to pursue drama and acting in the future as my career as well, not limited to the stage but also on the big screens.

To make people laugh is not the only thing I enjoy the most, but also to lead. Throughout the years, I have had a handful of experiences being a leader – the person that essentially lowers himself beneath his teammates to serve, not by barking orders, but by working together and pushing upwards towards success. My leadership qualities are enhanced by my sense of humor, as I often lighten up the atmosphere, which is crucial in my roles such as the Chairman of my class, and I also aim to be elected as House Captain in my school next year. My qualities of being good with people are certainly brought over to the field, as they help me in my role as Team Captain to guide our school football team to glory, coming 2nd and 3rd in two consecutive years.

Football has been and will always be a massive part of me. It all started when my father forgot his keys and decided to buy a ball and kick it around in the park, as we waited for my mother to come to our rescue. Minutes quickly turned into hours, as the 4-year-old me furiously chased down the cheap plastic ball that bounced and swerved through the bushes. Since then I started to watch live football matches, and was immediately blown away by the diversity of nationality of players, people from around the world representing the badge on their jersey, putting aside everything else, thriving for nothing but glory. To me, it was not simply about the exhilarating pace of moving the ball around, linking up passes in elegant team movements until you smash the ball into the back of the net, but how the “beautiful game” as said by legend Pele could work wonders. When you get down on the pitch, you are consumed by the ball, no matter the pitch, the occasion, religion, occupation, age, nationality, or even your heap of overdue homework. The ball lets you forget all that, and brings everyone around the world just a little bit closer.

The beautiful game has changed me in the most profound way, and it is my wish that through football, its magic could reach out to other people too, broadening their circle of friendships, breaking down the superficial barriers between one another, or simply leaving behind your everyday troubles in this concrete jungle and having fun for a change.